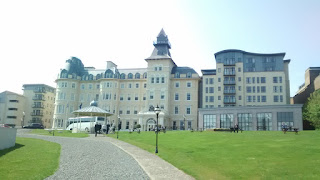 I wish to express my thanks to the Gazette for the excellent coverage of the General Synod in Dún Laoghaire (20th May issue). Well done to all concerned.

Recently, after our evening Café Church, I was talking to some young people about General Synod. They wanted to know if the hierarchy of the Church of Ireland actually listen to ordinary people.

I was able to share my experience from the last two years. I assured them that the Executive of the Representative Church Body (RCB) actually do listen during debate and can respond when a strong moral argument is presented.

The moral argument to divest from fossil fuel companies was presented at last year's General Synod. Afterwards, two dioceses passed motions calling on the RCB to divest from all fossil fuels within five years. The debates on the motions stressed the severe impact that greenhouse gas pollution and climate change are having on the world's poor.

The RCB listened and responded. They divested from coal, increased investments in renewable energy and drafted a policy on climate change (http://bit.ly/CoIPCC).

However, the policy states that fossil fuel investments will continue to offer profits for many years to come and therefore the RCB will not divest more broadly. This is despite clear warnings from the United Nations and Christian charities that the impact on the poor from climate change will be catastrophic.

The Church of Ireland is continuing to invest in a polluting industry that is causing climate chaos, will create millions more refugees, and kills 7 million people a year from air pollution.

We need to raise our ambition and develop a plan for complete divestment from fossil fuels by 2020. This is an opportunity to take a lead, speak prophetically to society and call for change. I hope the RCB will reconsider its policy.

I hope that more parishioners, young and old will raise their voice - it will be heard.

Interesting letter.
I wonder in 20 years time will you feel the same.

"We need to speak up for those who cannot speak for themselves."
Just to be clear - you aren't speaking for me (and many other engineers).