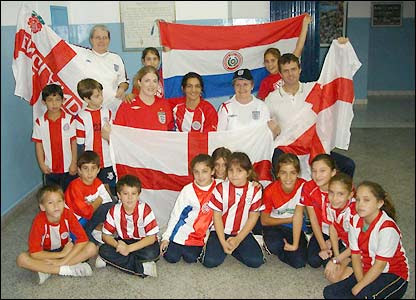 On Friday we took a photo and sent it to the BBC World Cup website. They published it :